Does classic science fiction have anything to offer to young readers, especially young women? In recent years I’ve read reviewers providing trigger warnings about older SF having no women writers, almost no female characters, claiming stories were rife with sexism and misogyny. How true are those charges?

Out of 48 stories in the first three volumes, only three women writers—C.L. Moore, Judith Merril, and Wilmar H. Shiras—were included. C.L. Moore’s stories were as a coauthor with her husband Henry Kuttner, so only two stories were just by women. Until recently, I thought only one, but then I learned that Shiras was a woman. Is this evidence that women were excluded from science fiction? 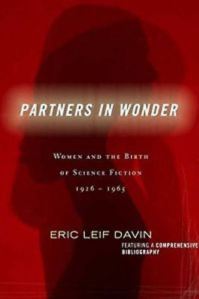 Eric Leif Davin in his 2006 book, Partners in Wonder: Women and the Birth of Science Fiction 1926–1965, makes a well-documented case that women were not excluded as writers, editors, artists, in fandom, or as readers, and in most cases were welcomed. Davin carefully examined science fiction magazines from 1926–1965, finding 203 women writers who had published almost a thousand stories. It’s far from equality but showed more women participating than anyone previously thought. He also studied editorials, letters to the editors, book reviews, biographies, fanzines, con programs, histories, looking for clues to how women were accepted. Davin says there were a few men who personally opposed women coming into the genre, but for the most part, they were shouted down by other males. He also found women writers that couldn’t break into writing until they tried science fiction. Overall, Davin was convinced the genre was open to women professionally and as fans, and that women slowly entered the field well before the 1960s, a time many readers felt was the opening decade for women writers.

Partners in Wonder is a fascinating history. Unfortunately, it’s a shame it’s so damn expensive: almost $50 for the paperback, and just a few dollars cheaper for the Kindle edition. Evidently, it’s meant for the academic market, so it should be available at most university libraries. I wish that the Kindle edition was priced like a novel because it’s a readable history that corrects many myths and misconceptions about women in the genre. (A significant portion of this book can be read at Google Books.) 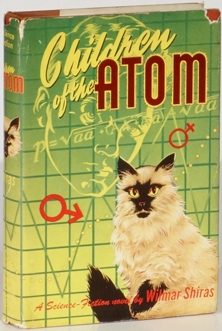 While reading Davin’s history I also read “In Hiding” by Wilmar H. Shiras, which first appeared in the November 1948 issue of Astounding Science-Fiction. John W. Campbell, the conservative editor of Astounding, said this when “In Hiding” was voted 1st Place in the readers poll, “Wilmar H. Shiras sent in her first science fiction story, ‘In Hiding.’ I liked it and bought it at once. Evidently, I was not alone in liking it: it has made an exceptional showing in the Lab here—the sort of showing, in fact, that Bob Heinlein, A. E. van Vogt and Lewis Padgett made with their first yarns. I have reason to believe we’ve found a new front-rank author.” Shiras wrote four more stories in the series to create a fix-up novel, Children of the Atom (1953 Gnome Press). Many older fans fondly remember that novel, even if they didn’t know Shiras was a woman. (I thought Wilmar was the male version of Wilma.) Shiras only wrote a handful of stories after that, and then disappeared. Why?

“In Hiding” is about a school psychologist discovering a brilliant boy named Tim who hid behind his B-average grades. Thirteen-year-old Tim eventually reveals in confidence to the psychologist he has several secret identities, even making money publishing stories and essays, as well as completing several college correspondence degrees. Tim hid his intelligence because at three he learned that other people, young and old, resented people smarter than themselves. I wondered while reading this story if Wilmar Shiras was using her story as a metaphor for how women hid their intelligence from men. The second story, “Opening Doors,” features a young girl. She had to hide her intelligence by pretending to be insane.

In a popular Facebook group devoted to science fiction, I’ve read several accounts by young women listing their favorite books, and sometimes they are classic science fiction, even titles by authors who get trigger warnings about being sexist or misogynistic. I’ve asked them if they don’t have gender concerns, and some of them have told me not everything is about gender. And it is true, much of classic science fiction is about ideas, ignoring gender, sex, and romance. Modern science fiction stories by men and women writers can deal with gender and readily present female characters, but then gender is a popular subtext to all kinds of fiction today. Is it fair to single out SF’s past when other genres were just as sexist in their past? We’ve all changed, and we will all continue to change. 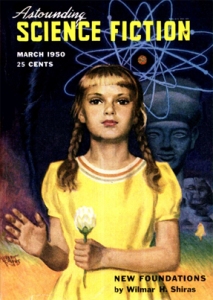 I believe one reason young people read old science fiction is to study those changes, and study how people in the past looked at their future, our present. It’s quite revealing to learn what doesn’t change and what does, and why. Another reason to read classic SF is to search for all those pioneer women writers who were hiding in plain sight. In a recent Book Riot essay, “Women Who Imagined the Future: Science Fiction Anthologies by Women” I listed six new and seven out-of-print books that collected stories by women writing science fiction. I don’t believe any of those anthologists discovered Wilmar H. Shiras, and I wonder just how many of Davin’s 203 women writers are yet to be rediscovered? Reading their stories will tell us how women of wonder imagined us, their future. Have we failed them, or lived up to their hopes?

Listening to all three volumes of The Science Fiction Hall of Fame showed me not all science fiction stories considered classic by science fiction writers in the 1960s are still classic today. I wonder if the SFWA voted today would they pick an entirely different lineup of the best SF stories of 1926–1964, and maybe include far more women writers. “In Hiding” was my favorite story from volume 2B, and I wrote about why at Worlds Without End. I hope it gets included in some future feminist SF anthology, and I hope Children of the Atom gets reprinted.

We should not ignore the past, even if it’s offensive, but study older pop culture to see how we’ve grown. We should continually search the past for the pioneers whose anticipated who we’d become, the one that resonates with our best humanistic beliefs. A great example of this is “The Machine Stops” by E.M. Forster. Not by a woman writer, or even a science fiction writer. But this 1909 story, featuring a woman protagonist who lives a life much like ours, living alone, but participating in a worldwide social network. She is essentially a blogger. Science fiction has never been about predicting the future, but about speculating about the fears we want to avoid, and the dreams we want to create in reality.

I wonder if the members of SFWA held a vote on classic stories in 2018 would any of the stories from the first three volumes of The Science Fiction Hall of Fame be selected? Time changes our view of what’s great about the past. What has fifty years taught us? Surely, we must see different classics today.

Then every 25 years, the years would be reevaluated and we’d see what stories last, or which are rediscovered.