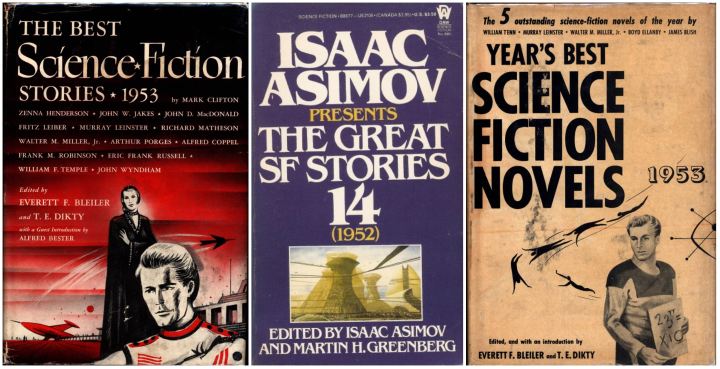 Then in 1986 Isaac Asimov and Martin Greenberg picked these stories as the best short SF of 1952 (overlapping stories are in bold):

I’m always amazed at the different lineups between Bleiler/Dikty and Asimov/Greenberg. For 1951 they only have one story in common, so having four in 1952 is rather interesting. Using our 2020 CSFquery tool here are the most cited stories in our database for 1952:

I’m extremely fond of “Surface Tension” but my very favorite short read for 1952 was “Fast Falls the Eventide” by Eric Frank Russell, and it only received two citations. That implies citations are not the best way to recognize a good story. Who knows, there might be several stories from 1952 that never got any recognition after their first publication that I would enjoy reading today. There were dozens of magazines back in 1952 publishing science fiction.

“The Year of the Jackpot” is one of my top favorite Heinlein short stories, but it wasn’t picked for either anthology. “Baby is Three” by Theodore Sturgeon is a tremendous tale. I wonder why Bleiler/Dikty didn’t pick it for Year’s Best Short Novels 1953 (it was too long for the other two anthologies). I guess it was already being recognized as being part of More Than Human. I wished both Bleiler/Dikty and Asimov/Greenberg would list the stories they wanted to anthologize but couldn’t. For a while, they left a blank page for the Heinlein stories, but they soon stopped that.

The two Ray Bradbury stories, “Sound of Thunder” and “The Pedestrian” are often taught in schools, well, at least when I was going to school. However, they didn’t impress me as much as when I first read them over a half-century ago when I had to read them in school. Still good stories, but their fame has dimmed their brightness.

I thought “Delay in Transit” by F. L. Wallace was an exceptional story, but it seems to have been forgotten. Ditto for “Ararat” by Zenna Henderson. It’s a shame that her stories of The People are fading away from the genre’s memory.

I got a big kick out of reading these 1952 stories. When I started this project, beginning with the SF stories of 1939, I expected the famous Golden Age SF stories of the 1940s to be the outstanding stories of the past. But I was disappointed. Overall, the 1940s weren’t particularly golden for me. Things started picking up in the late 1940s, and the 1950s are now producing the kind of stories I’d call a Golden Age. I’m sure it’s a matter of generational perspective. There is also the possibility that each decade will be better than the one before it. In that case, I’m really looking forward to the 1960s. 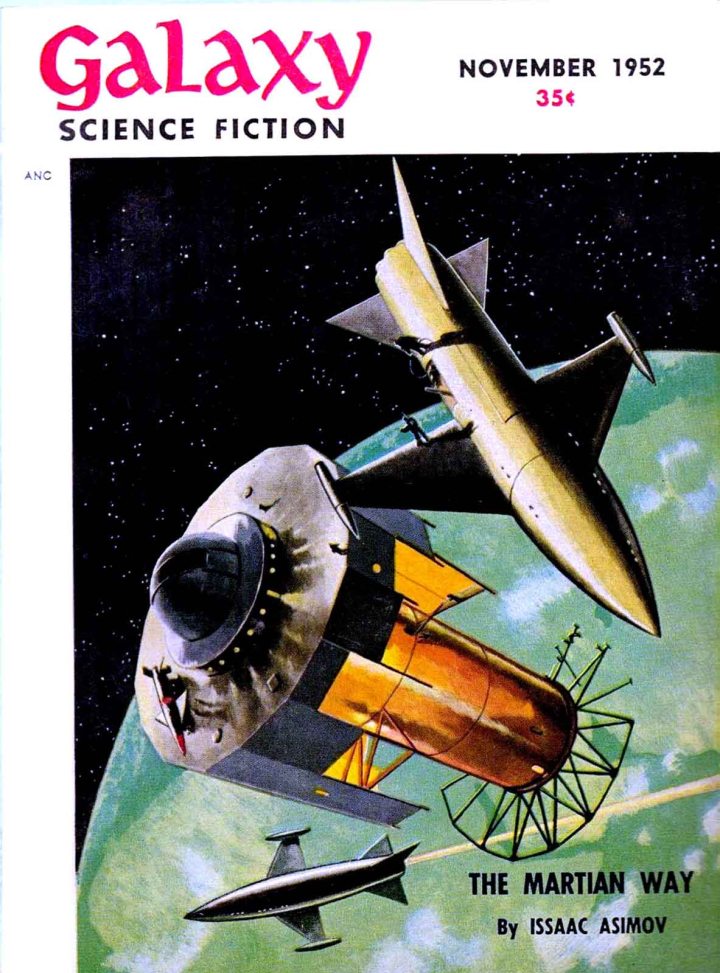