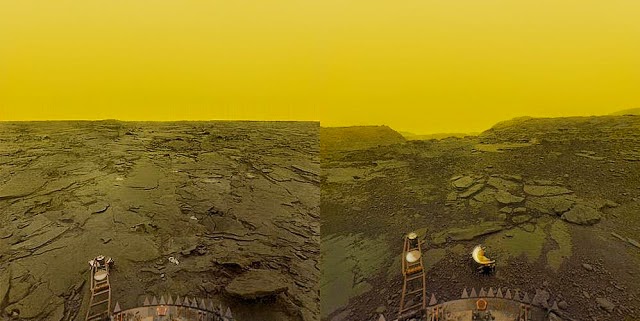 When is it appropriate to call bullshit on the science fiction in science fiction? Michael Swanick’s story, “Tin Marsh” is set on Venus. It’s about a woman and man who team up to prospect for metal on Venus but who come to intensely hate each other. The story is a compelling read that makes turning the pages easy, but its setup is completely unbelievable to me.

Since we’re reviewing the stories in The Very Best of the Best, an anthology of science fiction first published between 2002 and 2017, I think the title challenges us to ask: What is great science fiction and are these stories the very best examples of the art.

Early science fiction wondered if humans could go to the Moon or Mars in a time when we knew little about the solar system. In what I call Pre-NASA Science Fiction, writers imagined Venus and Mars to be habitable worlds that often included intelligent life. Post-NASA science fiction has had to live with what its space probes discovered. Modern science fiction still tries to imagine us living on almost any piece of real estate in the solar system, but is that realistic? I believe science fiction should be judged on scientific realism, and readers need to call bullshit when they see it.

“Tin Marsh” has us believing humans could work on Venus and make a profit. Swanwick has his characters living in power suits that withstand the heat, pressure, and corrosive atmosphere of Venus. I call bullshit on this idea for two reasons. I don’t believe such suits could ever be engineered, nor will mining metal on Venus ever be profitable. No one will invest trillions to earn billions.

Now the plot of “Tin Marsh” is more believable. Two people working closely come to hate each other. Simple enough. Happens all the time. “Tin Marsh” first appeared in Asimov’s Science Fiction in 2006. 20th-century science fiction has been much criticized for the lack of female characters, so in this 21st-century story, gender is balanced with one male (MacArthur) and one female (Patang). The trouble is the gender equality ends there. Patang has driven MacArthur to murder.

The story has MacArthur chasing Patang across the surface of Venus to kill her slowly. MacArthur wants to torture Patang as much as possible before she dies. He hates her that much. And the reasons why MacArthur hates Patang are all the clichéd reasons men hate women. Of course, the reverse is also true. Is the story about Patang trying to survive being murdered, or is it really about why working with women on Venus would drive a man crazy? Because we’re told the story from Patang’s POV, we feel it’s about violence against women. But some male readers are going to identify with MacArthur. And what does the ending say about who is right?

Relying on violence as a plot driver is the core problem of this story, the same as the last story I reviewed, “Dead Men Walking” by Paul McAuley. McAuley’s story also featured a female character in a role that would have been previously given to a male. In both cases, the female role is contrived and connected with violence. In the McAuley story, the woman is given the equal opportunity to play a sadistic Jack-the-Ripper type killer, while Patang is just a sharped tongue woman who ends up torturing her partner in madness.

Is this story the very best of the best? It depends on the rules of judgment. Is it well-written and readable by SF standards? Yes. Is it full of action? Yes. Is it set in an exotic locale? Yes. Will it push emotional buttons? Yes. Does it stand out against its competition? Yes.

Is it scientific? No. Does it offer any ideas about how humans could actually work on Venus? No? Does it expand the frontiers of science fiction? No. Does it say anything about the heart in conflict with itself? Not really. Is it politically correct? You decide.

I have to wonder if Gardner Dozois assumes the very best of science fiction only requires certain writing features but not others? Although science fiction is hugely popular in our society, it’s not a popular reading category, especially for short stories. Writers have to produce a product that editors will buy, and editors have to buy stories that readers will read. For decades science fiction short stories were a product mostly consumed by adolescent males, but that’s changing. Is this 2006 story already PC dated in 2019? Doesn’t society change faster than science fiction imagines it?

Short stories also have to compete with novels, television shows, video games, movies and other kinds of modern entertainment. Short stories were at their peak of popularity before 1950, and they’ve been in decline ever since. Gardner Dozois was the most successful editor of short science fiction since John W. Campbell Jr. He should have the pulse of readers of short science fiction.

Believing humans will ever work on Venus is a fantasy. It makes me wonder if science fiction even tries to be realistic anymore? Are writers of science fiction merely using highly imaginative but contrived ideas to sell stories?

I believe we have to ask if our science fiction writers are Baron Munchausen or H. G. Wells?